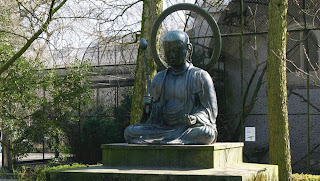 A Jewish Boy’s Hideaway in the Amsterdam Zoo

This touching story, based on actual events, takes place in Artis, the Amsterdam zoo, during the German occupation of The Netherlands. Unlike most other Dutch zoo’s, Artis remained open during the war. Estimates suggest that as many as 250 people sought refuge there for at least 1 or 2 days during the war, some even stayed for months or years. Many were young men trying to avoid transport to German forced labor camps or Jews seeking sanctuary. Towards the end of the war, Artis even provided a safe haven to a few of Allied airmen as well as one German deserter.

The book Dreamscape relates the adventures of a Berlin-born Jewish boy named Alfred Hirsch who, in 1942, finds himself unexpectedly trapped at Artis where he is forced to take cover to avoid Nazi persecution. Alfred’s story actually begins in November 1938, following the terror of the Crystal Night in Germany, when his parents make the wrenching decision to send their 5-year-old son to live in relative safety with an aunt, uncle and nephews in Amsterdam. A cheerful lad, Alfred begins to learn Dutch and settles nicely into his new surroundings, becoming an enthusiastic and regular visitor at Artis zoo.

By the autumn of 1942, however, the persecution of Jews had reached a peak, and razzia’s were a familiar sight in Amsterdam. Late one afternoon, as they were about to leave Artis, 9-year-old Alfred and his aunt were unexpectedly confronted with one of the worst razzia’s the city had experienced. When a night-watchman discovers them hiding and terrified, he manages to conceal them in the nick of time in the Ape and Bird House. Later when Alfred’s aunt departs under the cover of darkness to check on the whereabouts of her husband and children, she insists that he stay put and await her return. Alfred will never see his aunt again.

Hoping to eventually find a more suitable accommodation for the child, the night-watchman hides Alfred temporarily in a boiler room. During most of the next three years, his hideaway will be this dark and dusty coal cellar and its crawl spaces, his nourishment a daily ration smuggled in by the night-watchman. This kindly man, whom Alfred calls “Mr. Boss”, secretly provides the child with daily rations. However, Mr. Boss is adamant that they remain perfect strangers for safety’s sake, neither exchanging real names nor signs of recognition nor friendly greetings should their paths cross unexpectedly. Although Alfred occasionally catches a distant glimpse of the watchman and grows accustomed to hearing him move about on his nightly rounds, the two will not actually meet face to face until a week after the liberation in May 1945.

During his first days in hiding, the desperate and lonely Alfred must depend on what he sees and hears through the ventilation grills in the outer wall of his cellar hideaway. Much later, he will dare venture out after dark, like a nocturnal animal, roaming farther afield to visit the other animal exhibits and even the park itself. In an attempt to still his intense fears, alleviate boredom and remain sane in this shadowy unpredictable situation, Alfred creates a weird and wonderful fantasy world in which the caged animals and garden sculptures become his friends, tutors and protectors. Now he is not alone! He receives the most support and wise council from Sultan, a plaster orang-utan, as well as from two bronze Buddha’s, Mr. Westerman who lives in the marble monument bearing his name, and two French hunting dogs standing hautain on their pedestals at the end of Parrot Lane. Together with a few exotic animals, these extraordinary characters will befriend and protect this imaginative child during his long and fearful struggle to survive the war.

Alfred’s fanciful friends have played such an important role during his childhood years as war orphan that he prolongs their lively ongoing friendship as a facet of his adult life, during his successful career and harmonious family life. After retirement, Alfred finally finds the peace of mind to sort through his war memories using the notes he jotted down in school exercise books while hiding in the boiler room. His children insist that he tell his story, but Alfred also wants the world to understand that, under certain circumstances, animals are much more than hide and bones and sculptures can turn out to mean more than just bronze and stone. It then becomes apparent that, after liberation in May 1945, the dramatic farewells and disbanding of his imaginary friendships proved to be equally traumatic as the fear, hunger and solitude experienced in the boiler room of the zoo. Alfred is reassured, however, that the animals and sculptures share his distress.

It is imperative, I believe, to tell you, the reader, that this book is dedicated to Karel Frankenhuis, a young Dutch boy who lived in Amsterdam to the age of 7 years and 3 months. One must not round off the number of years for, at this age, each day is significant. The German occupiers arrested Karel and his parents, David and Johanna, for a reason they probably never could comprehend.
The very next day, the Germans and their Dutch accomplices sent the family on transport to the concentration camp at Westerbork. From there they were deported to Auschwitz where they were murdered on 7 September 1942 – only four days after their arrest.

I think that Karel, like most children, had a head full of plans and dreams for the future. Perhaps he even dreamt of managing the Amsterdam zoo one day. I like to believe that Karel would be very pleased to know that his little cousin later became Director of the Royal Amsterdam Zoo. 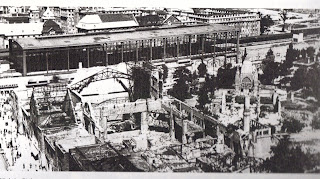